Te Awarua-o-Porirua Harbour, commonly known as Porirua Harbour, is a natural inlet in the south-western coast of the North Island of New Zealand. The harbour is within the main urban area of the Wellington Region, and is surrounded by the city of Porirua, with the city centre to south of the harbour.

A succession of tribes lived around the twin inlets of Porirua Harbour. The name Porirua, a corruption of Pari-rua, means ‘the tide sweeping up both reaches’. The Ngāi Tara people were succeeded by Ngāti Kahungunu, then Ngāti Ira who, in turn, were displaced in the 1820s by Ngāti Toa Rangatira.

The Porirua Harbour formed when westward flowing rivers were drowned by rising postglacial sea levels approximately 10000-14000 years ago.The 1855  Wairarapa earthquake caused tectonic uplift in the Pāuatahanui arm of the inlet changing the shoreline and reducing navigability.  Problems were compounded by sedimentation from deforestation from the late 1850’s to 1900 and sedimentation that has continued as a result of ongoing urban development.

Similarly, in the 1950s reclamations along Titahi Bay Road and the creation of more land for the Central Business District destroyed the natural shoreline at the top of the Onepoto arm.  Modification of the Porirua Stream through concrete and rock channelling in the lower reaches altered the natural mouth of the stream which subsequently led to deposition of ever increasing amounts of heavily polluted sediment into a growing tidal delta.  Thankfully, plans are underway to create a shared pathway along much of the foreshore to prevent erosion, protect the seagrass meadows, enhance access and generally improve the health of the harbour and its edge.

Part of the Porirua Inlet was reclaimed for a causeway carrying the North Island Main Trunk railway when the section between Porirua and Mana was straightened and double tracked. The new section of the Kapiti Line was opened on 7 November 1960. A new Paremata Railway Station and bridge over the entrance to the Pauatahanui Inlet were required.

The line no longer followed the curves of the shoreline bays north of Porirua, and three shallow lagoons on the land side of the new causeway were created. When State Highway 1 was re-aligned and straightened in the 1970s to run alongside the rail line, these lagoons were partially filled in. Aotea Lagoon was developed into a recreational area, albeit very polluted.

The name of the harbour was officially altered to Te Awarua-o-Porirua Harbour in August 2014. 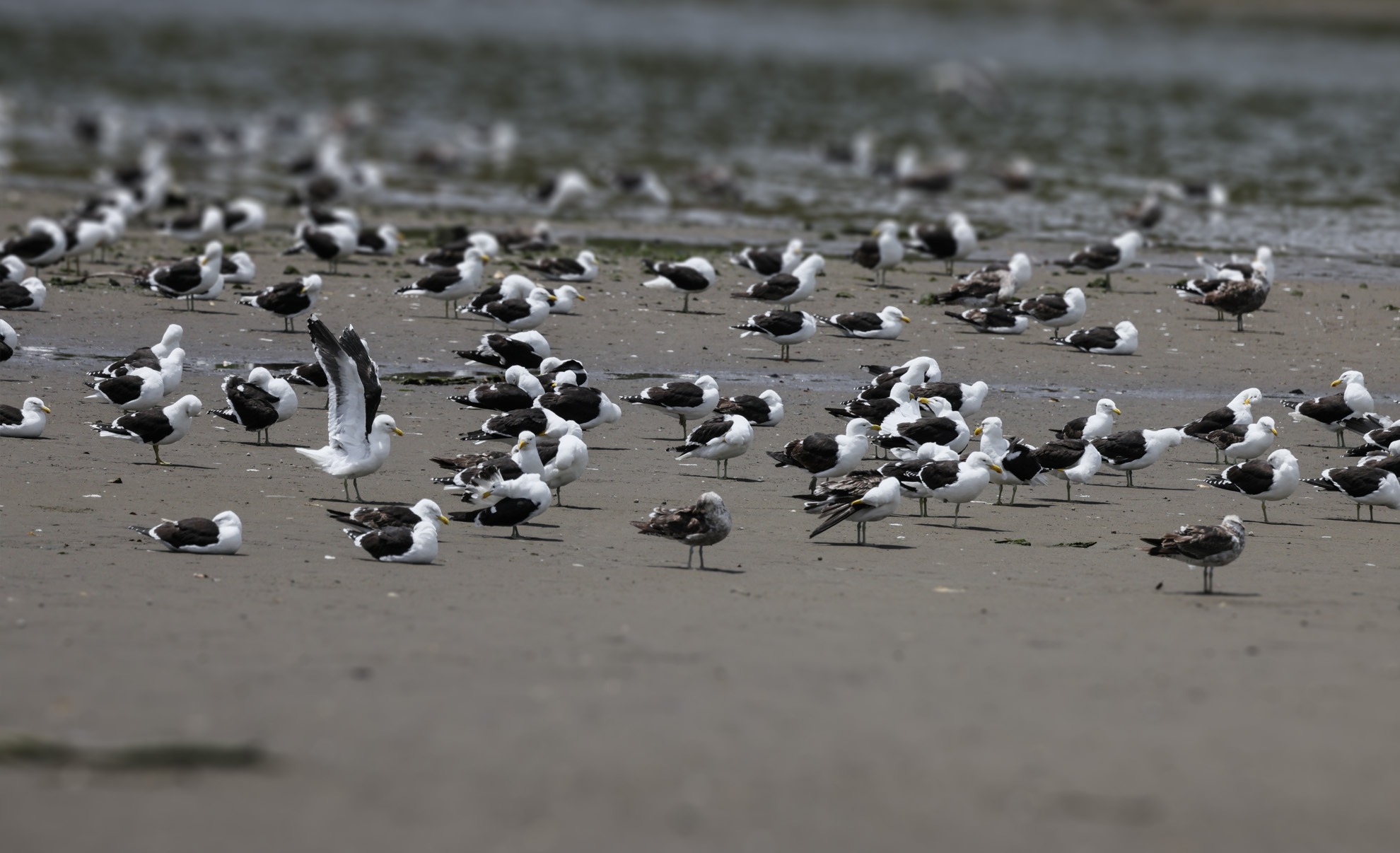 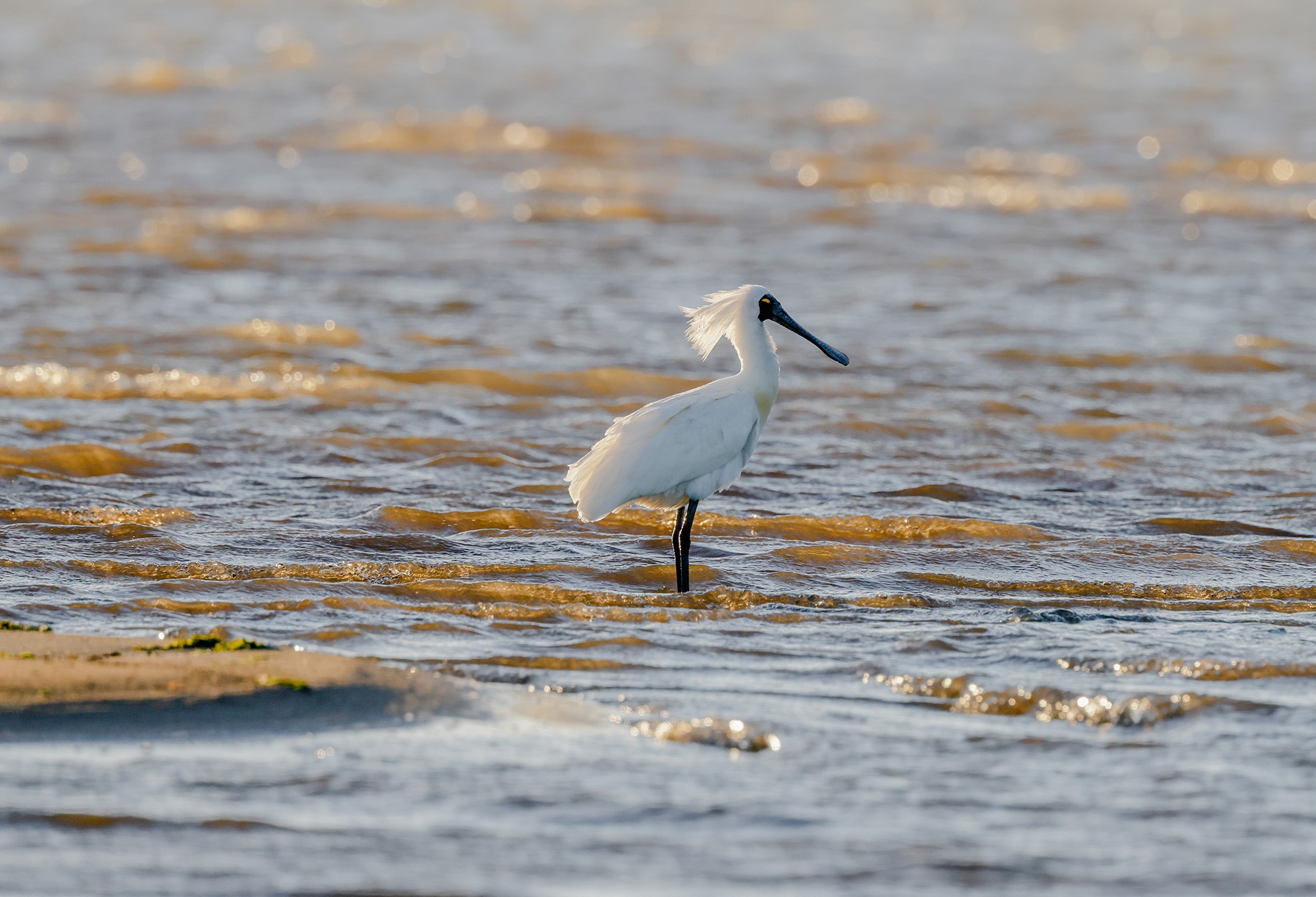 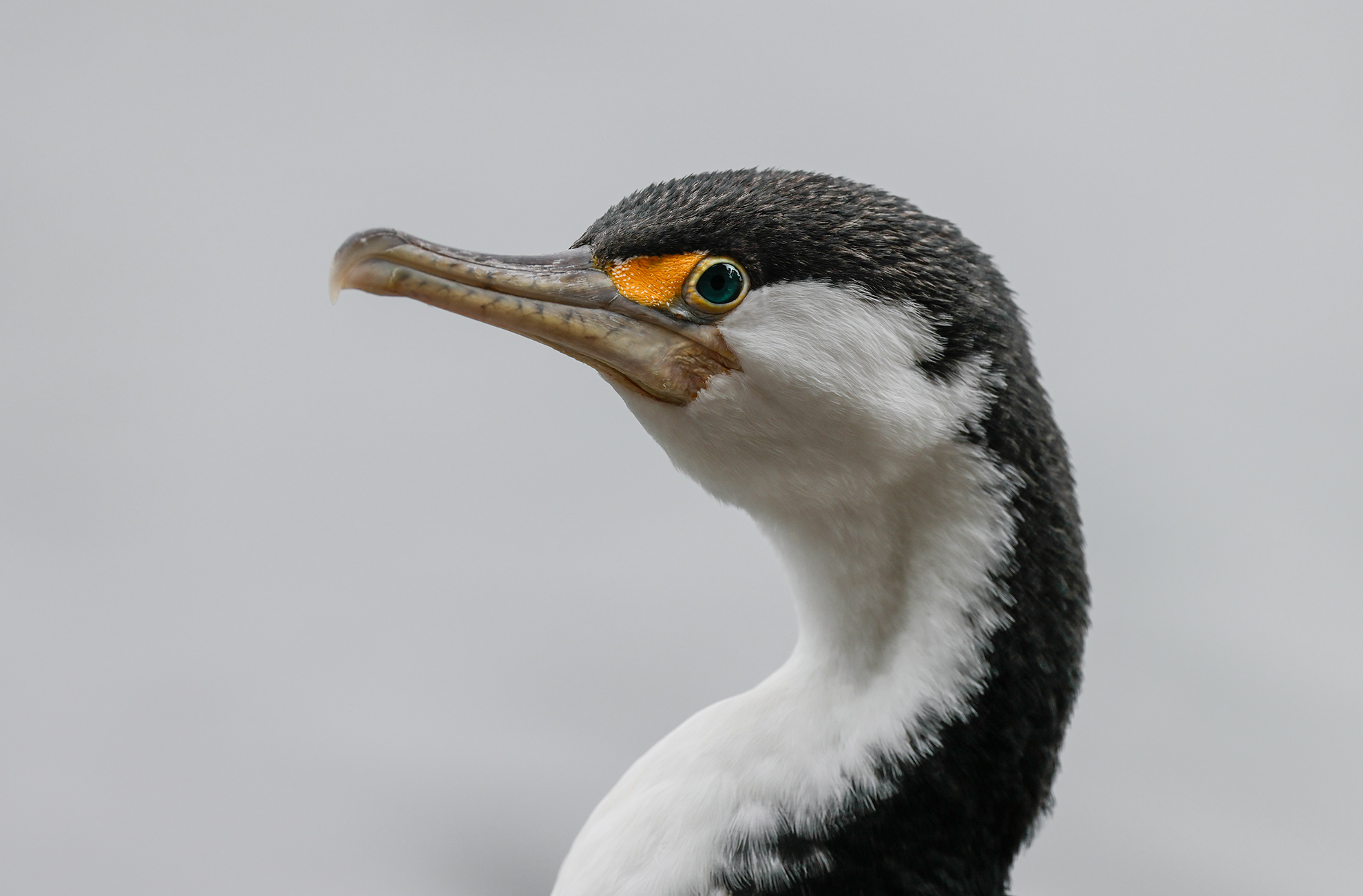 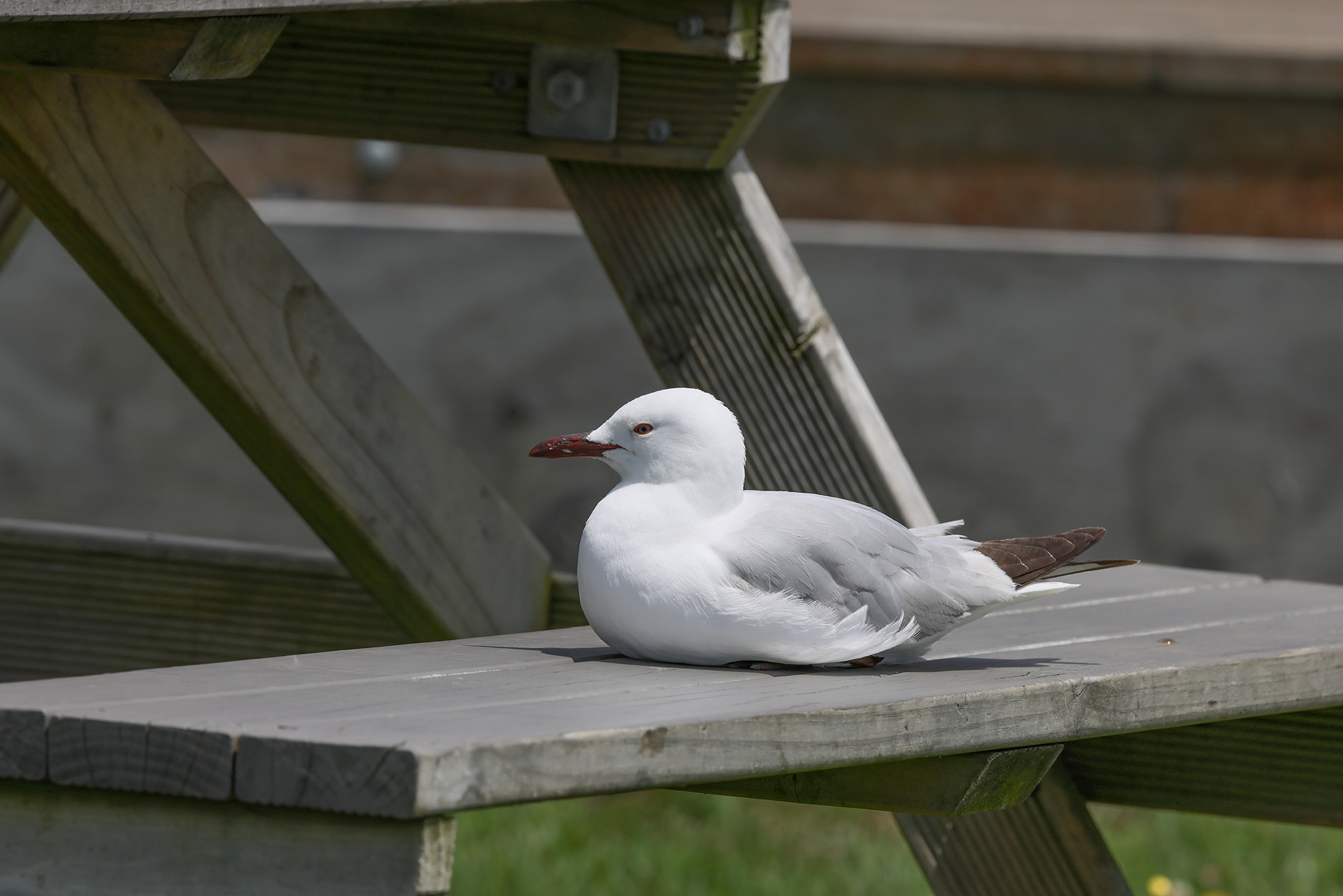 There are more than 72 stormwater outfalls around Porirua Harbour, and many more discharging to our streams. Simple behavior changes around our homes and work places will help to reduce harbour pollution from common household activities and chemical use.

Why does the Porirua Harbour sometimes smell?

During the summer, some parts of the harbour can give off strong smells. There are two reasons for this: algae decay and smelly mud. As an estuary, Porirua Harbour is a great place for marine algae to grow. Warm temperatures and abundant nutrients promote the growth of algae such as the bright green sea lettuce Ulva sp. Part of the algae lifecycle includes die-off and this decay creates strong odours. The strength of the odour depends on the amount of algae growth, the temperature and wind direction.The Okowai Lagoon (the first lagoon on the right of State Highway 1 north of the city centre) gets a build-up of smelly mud in summer. The intensity of the smell depends on temperature and wind direction.
For Information about Porirua Harbour please visit https://poriruaharbourtrust.org.nz/

The Restoration of Porirua Harbour

In April 2022 it was announced that a project to restore the health of Porirua Harbour has received a significant boost from the Government’s Jobs for Nature fund.

Environment Minister David Parker announced the funding in April 2022.  “Porirua Harbour is the largest estuary in the lower North Island and was once plentiful with pipi, mussels, oysters and tuna,” Parker said.

The harbour has a history of poor health, struggling with sedimentation and contaminants entering its waterways. Large-scale developments, both urban and rural, were threatening sensitive ecology and wildlife in the streams and the harbour itself.

“An integral part of the Jobs for Nature programme is providing training and skills that our people can carry with them through their lives,” Parker said.

As well as 30 jobs, this funding will allow for close to 630,000 plants to be planted over 92 hectares, 20 kilometres of riparian (riverside) fencing and 880 hectares of plant and pest control.

The funding will also support the integrated catchment management plan developed by Porirua City Council and its partners. This will allow riparian planting, education and community capacity building to be significantly accelerated.

Porirua used to be known as “the food basket” of Wellington, he said, and political will was needed to get projects like this off the ground.

“We have an intergenerational memory of our harbour. And it hasn’t always been like this. One of our goals is to recover. Restoring the mauri, or the life essence, of the harbour.”

“All of this is really about tamariki, isn’t it?  It’s about our kids. Water is what gives us all life.”

The Porirua Harbour, (Te Awarua-o-Porirua) comprising the Onepoto Arm and the Pauatahanui Inlet, is the centrepiece of Porirua City. The Harbour is the largest estuary system in the lower North Island. As well as having a nationally significant wildlife area, the estuary has cultural, recreational, economic (transport), and other wildlife habitat values.

The Porirua Harbour Trust needs your assistance to ensure that the health of our harbour is protected and improved while providing recreational, economic and cultural opportunities, now and in the future.

Find out more about Porirua Harbour and Catchments Community Trust 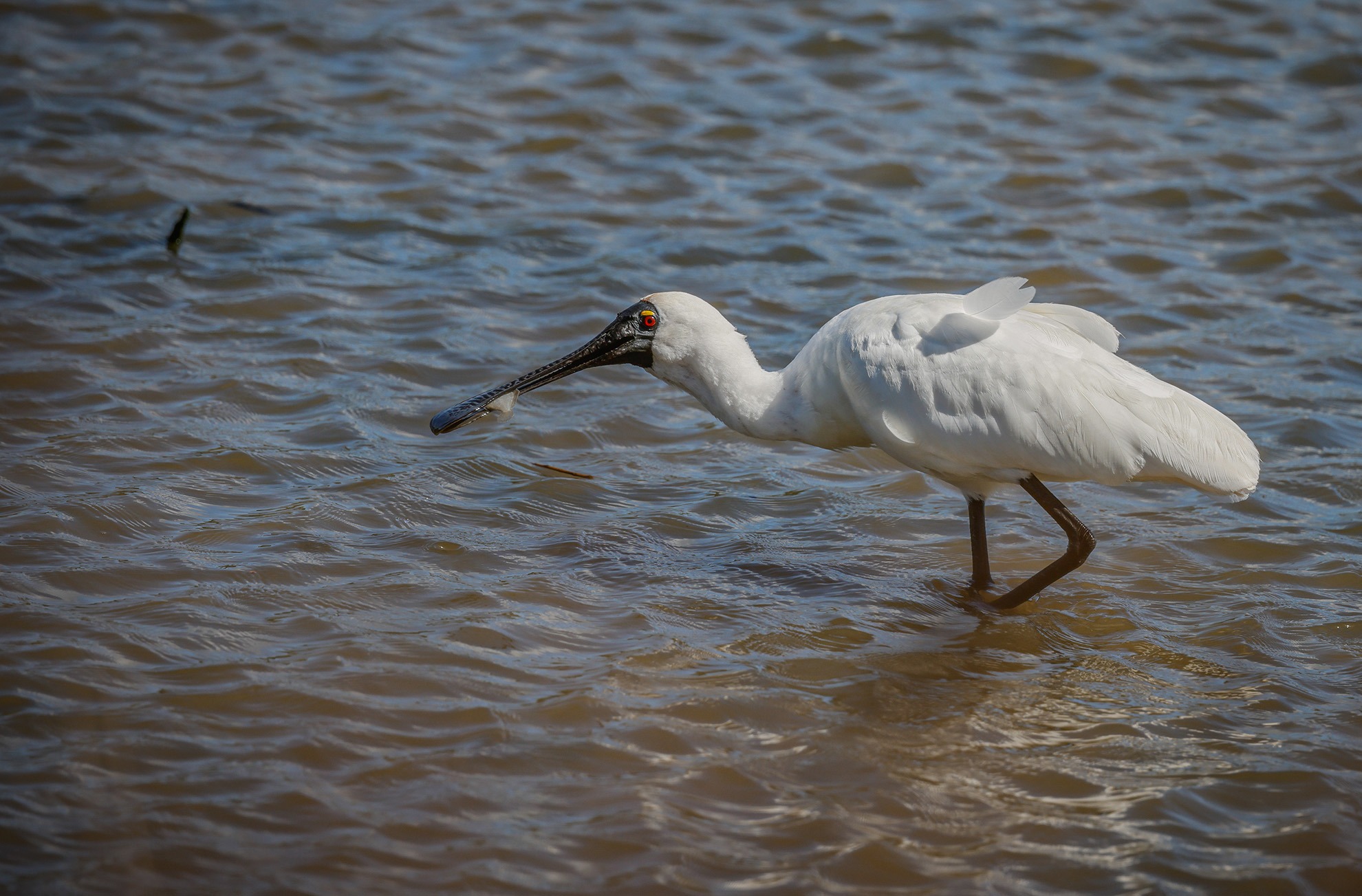 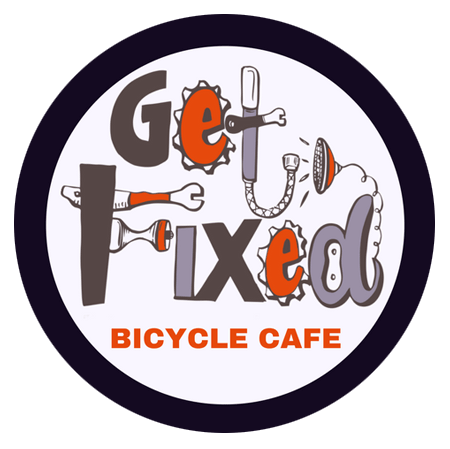