Ōamaru Harbour has the largest colony of Otago’s only endemic seabird, the Otago shag/Matapo, on Sumpter Wharf. The wharf was closed in 2004 and initially the spotted shags roosted there, then in 2014 it was discovered the Otago shags (then called Stewart Island shags along with Foveaux shags) began breeding there. They increased in numbers to around 650 pairs in 2019, accounting for 40-50% of the entire species.

History of Port of Ōamaru

Ōamaru’s coast was just as exposed as Timaru’s. Indeed, for 15 years from the early 1860s it was one of the colony’s most notorious shipwreck sites. But still the ships kept coming, so in time the Ōamaru Harbour Board, formed in 1874, constructed a safe harbour that is now New Zealand’s most authentic Victorian/Edwardian deep-sea port. On it rested the prosperity that gave Ōamaru its magnificent limestone buildings.

At the beginning of last century, as ships outgrew Sumpter Wharf, Thomas Forrester designed a bigger wharf to run along the mole. It was his last and biggest job in Ōamaru. Named after the harbour board chairman of the day, Holmes Wharf opened in 1907 for ships of up to 10,000 tons. The wharf was last modified in the 1960s and last used by cargo vessels in 1974.

Ōamaru Harbour is New Zealand’s only surviving authentic Victorian/Edwardian deepwater port, paralleling the town’s uniquely intact colonial architectural inheritance. In colonial New Zealand, ports were fundamental to the local and regional economy. The success of the town and the rural industries can only be understood in the context of the construction of a successful port on what had been a hazardous coastline. Ōamaru’s harbour, built in defiance of natural limitations and at great cost, exemplifies not only the extent to which communities took pride in their ports, but also the way the harbour underpinned the economy of North Otago. The harbour is the key to understanding the historical, economic and social heritage of Ōamaru and its hinterland. 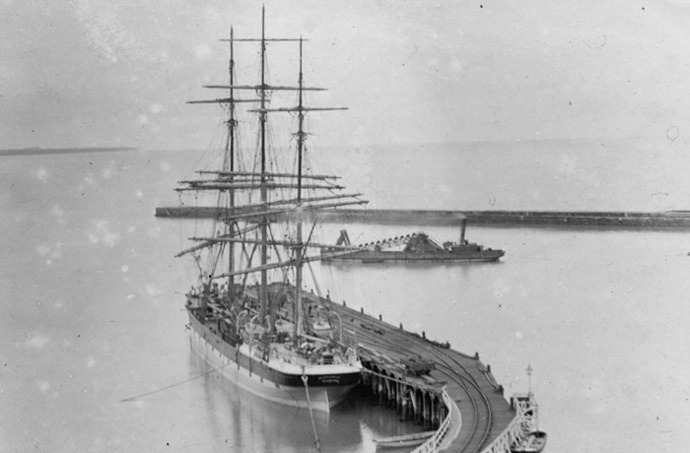 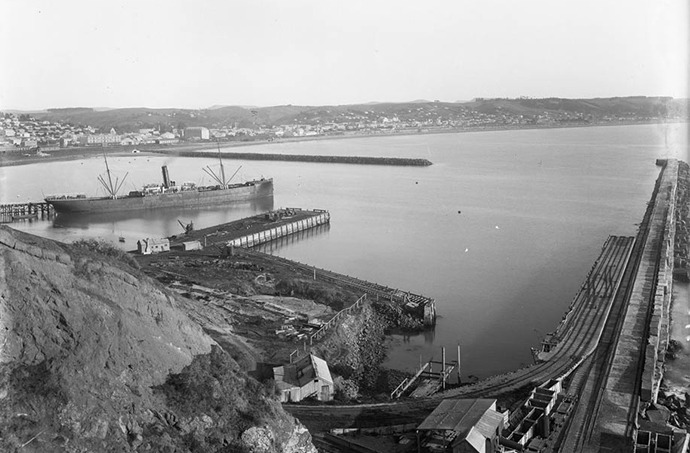 A fully rigged ship is berthed at Sumpter Wharf, and the dredge Progress lies off the wharf, probably in the 1890s.

Until the completion of the first stage of the breakwater in the mid 1870s, Ōamaru was notorious for the number of shipwrecks that took place there. Completion of the breakwater and Sumpter Wharf in 1884 enabled Ōamaru to play a significant role in the new frozen meat trade. The port is associated with many famous early meat trade ships, including the Dunedin and the Elderslie, the first NZ-UK refrigerated steamer, built to run between Ōamaru and London. 1884 the elegantly curving timber wharf, graced by white-painted handrails, welcomed the biggest oceangoing freighters running between New Zealand and Britain. Big British tramps loaded grain during the South African (Boer) War. Sumpter Wharf fell into disuse between the wars. The port closed to commercial shipping at the end of the conventional shipping era in 1974, it retains a unique assortment of heritage wharves, seawalls, sheds, rails and other features. The proposed Ōamaru Harbour Historic Area provides vital physical and historical context for the already registered Harbour/Tyne Street Historic Area. Ōamaru’s distinctive architectural character was based on wealth from the land, which found its local and export trade outlets through the port at Ōamaru.

The shags rule the pier

2014 Otago officially laid claim to the Otago shag | Matapo as a new wildlife species, after scientists proved the existence of the endangered Otago shag. Led by a team from the University of Otago, scientists used DNA, body size, bone structure and subtle variations in colouring to identify that the Otago shag was a separate species to the Foveaux shag. Before the discovery, both birds had been lumped together as one species, as scientists had been unable to prove the existence of two species. 2019 saw roughly 650 nests on the ageing wharf which represented 40% to 50% of the entire species which makes Sumpter Wharf a significant ecological protected area.

Otago shags are large marine shags with variable plumage, found only on the south-eastern South Island. The pied morph has striking black-and-white plumage, whilst the bronze form appears brown, but is iridescent in the right lighting conditions. On Otago Harbour, Otago shags are seen in ‘line astern’ squadrons heading to and from foraging grounds. The flocking behaviour, heavy build and flight close to the water is diagnostic within its range. The habit of group foraging in murky water places Otago shags at risk from set-net entanglement.

Otago shags are colonial nesters in both small and large colonies, in areas where there is easy access to the sea and little disturbance. The pedestal nests are made of seaweed, sticks and grass cemented with guano. Each nest is just out of pecking reach of the next nest. Nest material is often stolen from unguarded nests. Colonies may persist for many years, or be suddenly abandoned. Breeding season may vary between years and colonies. Otago shag breeding behaviour and ecology has not been well studied. The 1-3 eggs are laid from May to September. Breeders are probably monogamous, and share incubation. Chicks are mainly fed in the afternoon, and beg for food with a squeaky call from one week old. They breed from three-years-old. 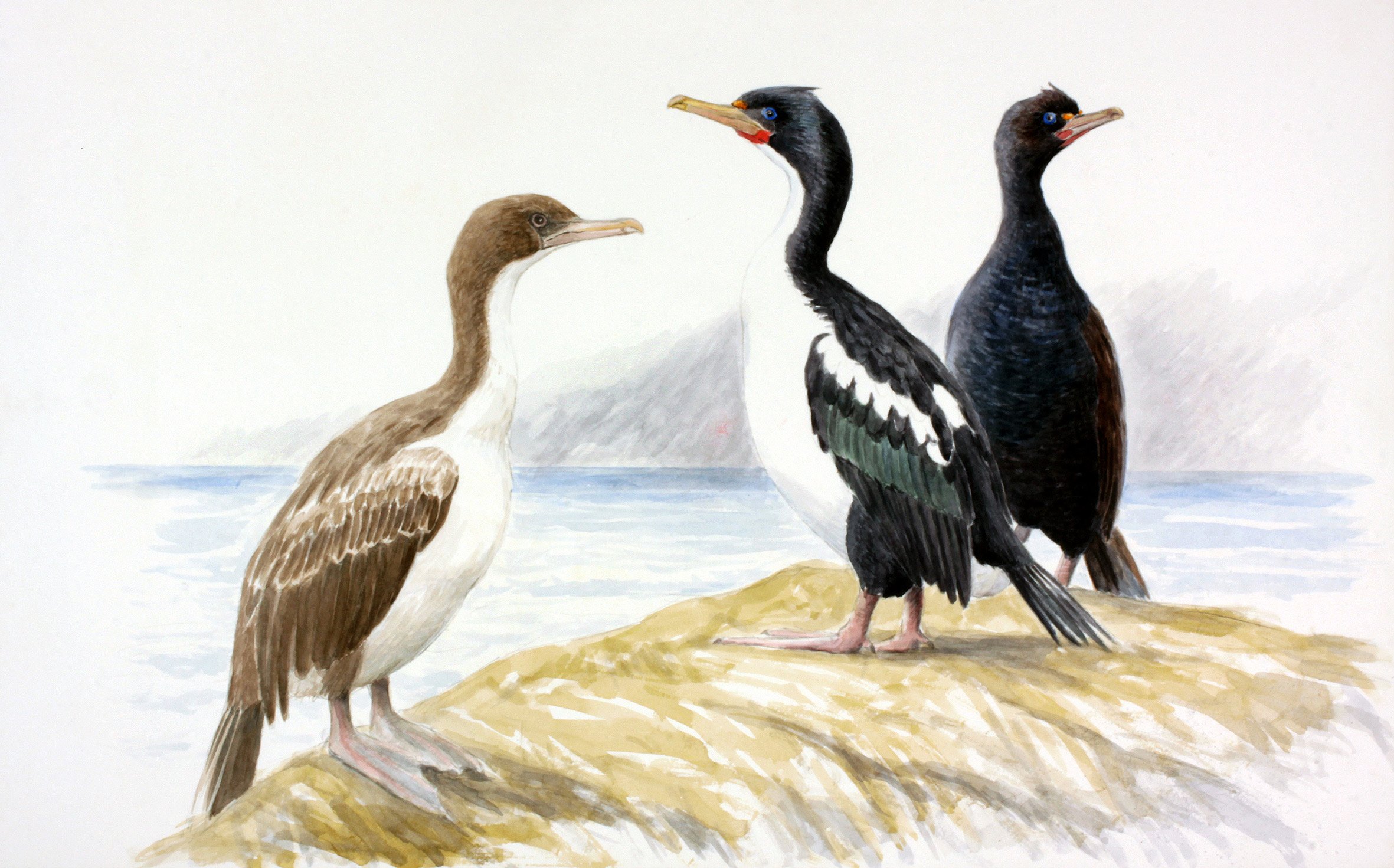 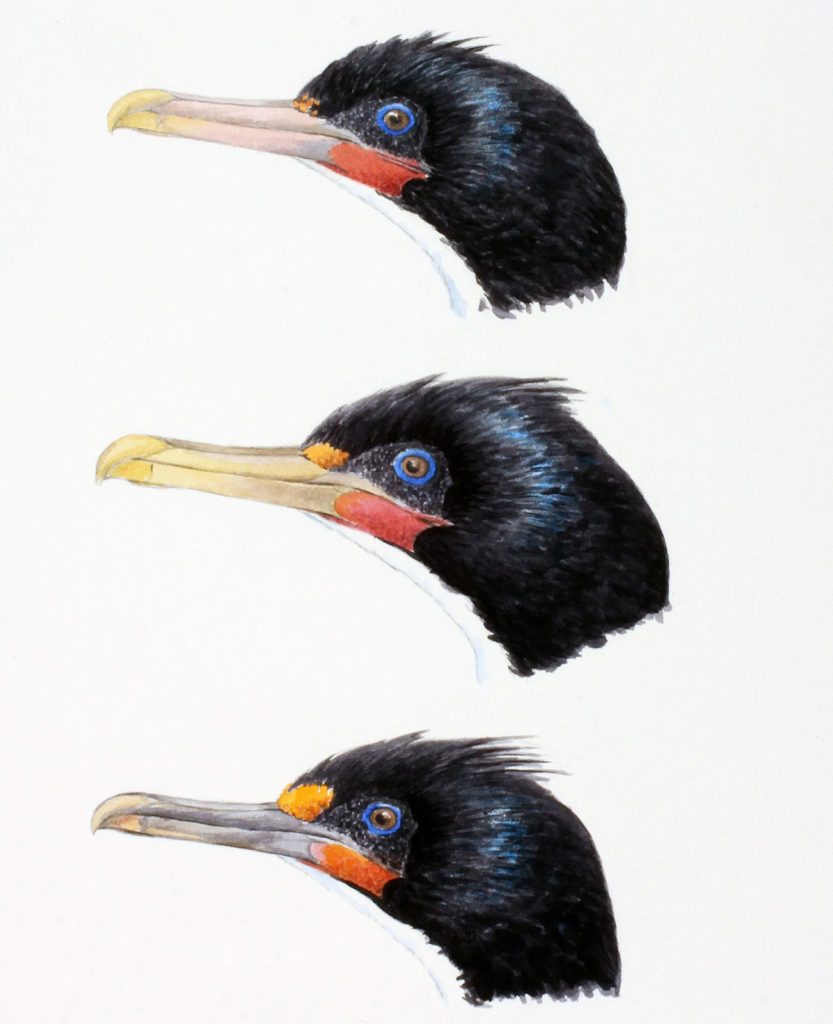 Along with the Otago shag | Matapo Sumpter Wharf is also home to the Spotted shag | Kawau tikitiki. Spotted shag and closely related Pitt Island shag are the only yellow-footed shag species endemic to New Zealand. Adult spotted shags in breeding plumage are elegant and colourful, sporting a Mohican-like double crest, bright green-blue facial skin and blue eye rings. The species gets its name from the small black spots that appear near the tip of each back and wing covert feather during the breeding season. Spotted shags are entirely marine, breeding on the coasts of the North, South and Stewart Islands, and feeding in waters out to 16 km. 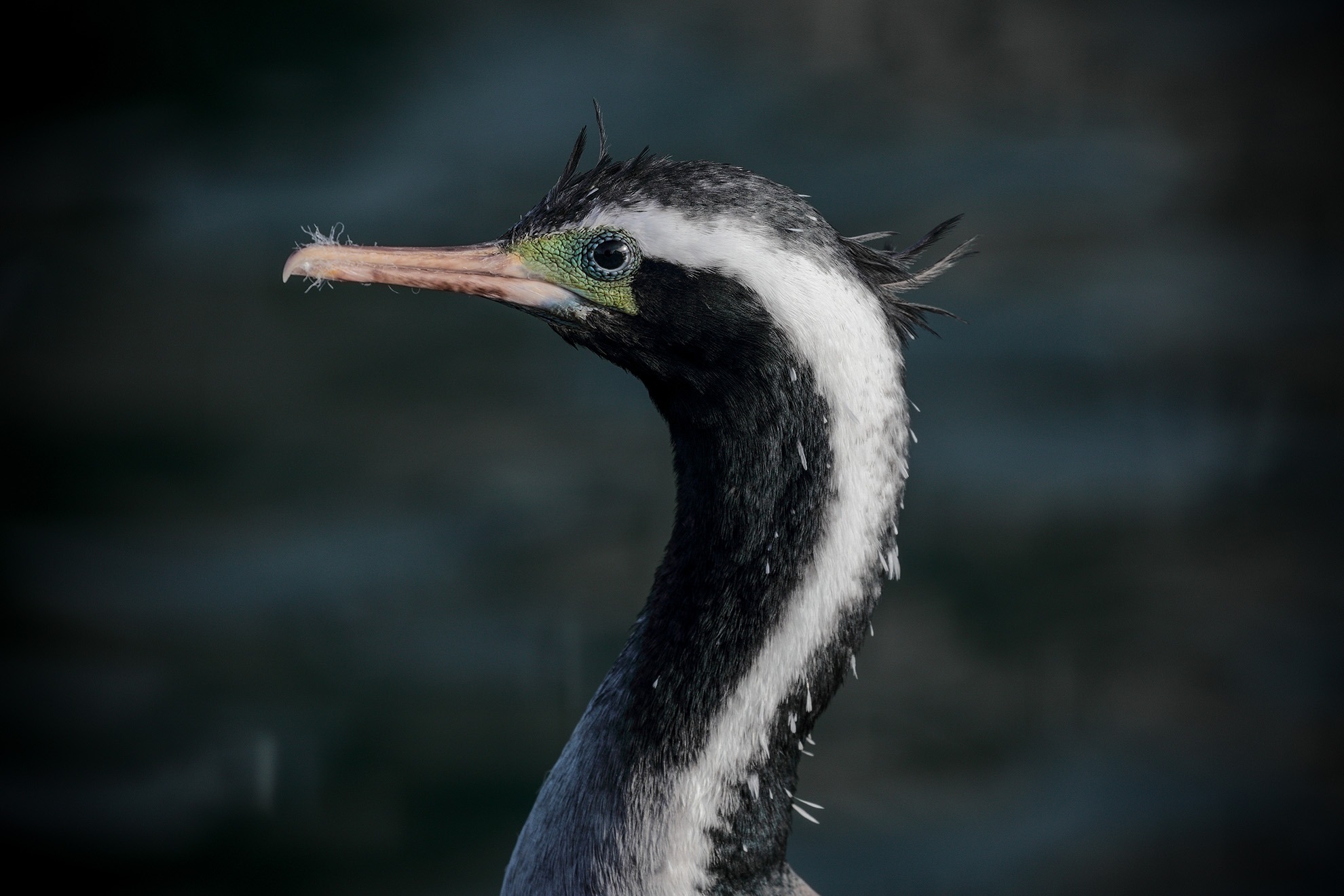 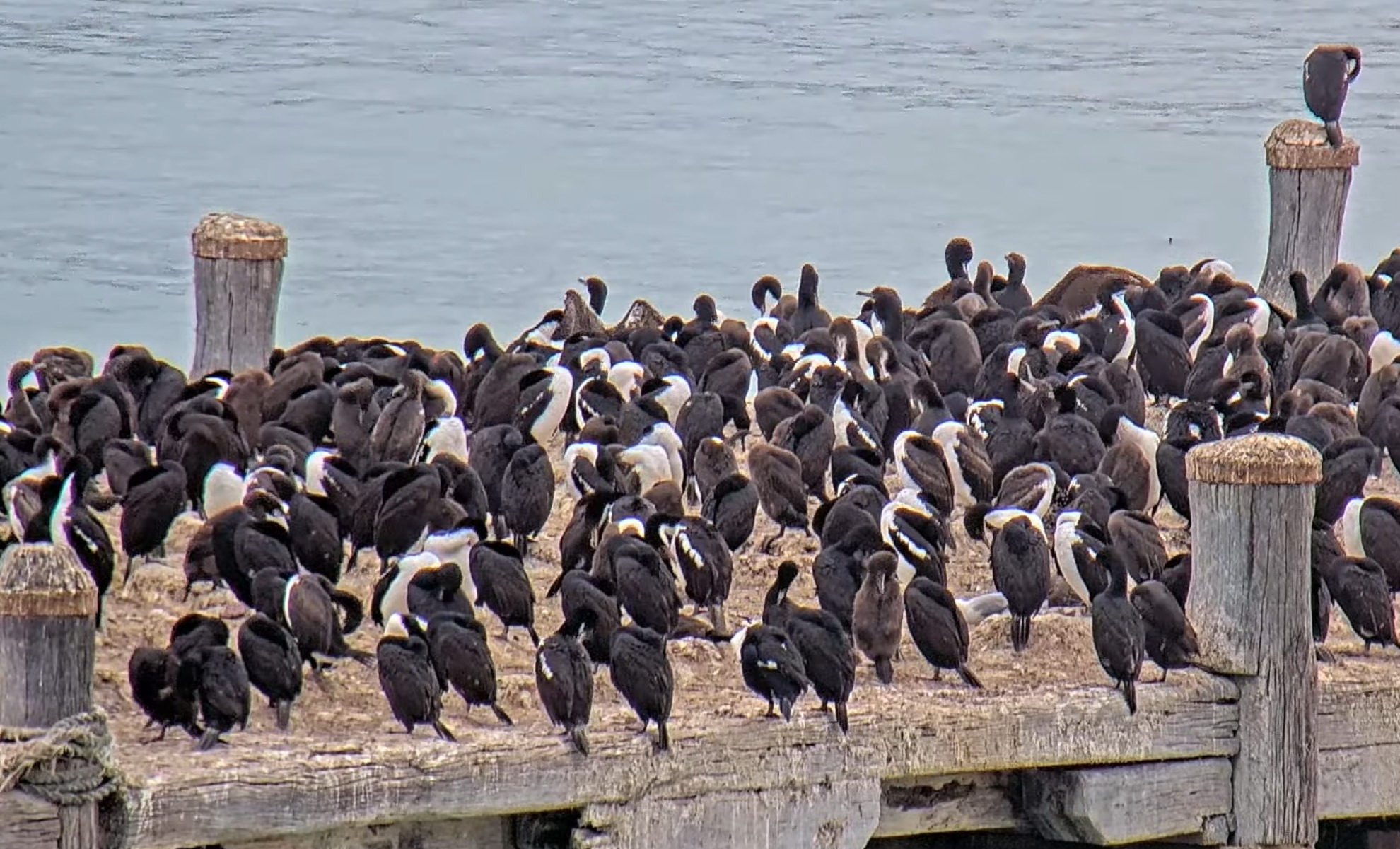 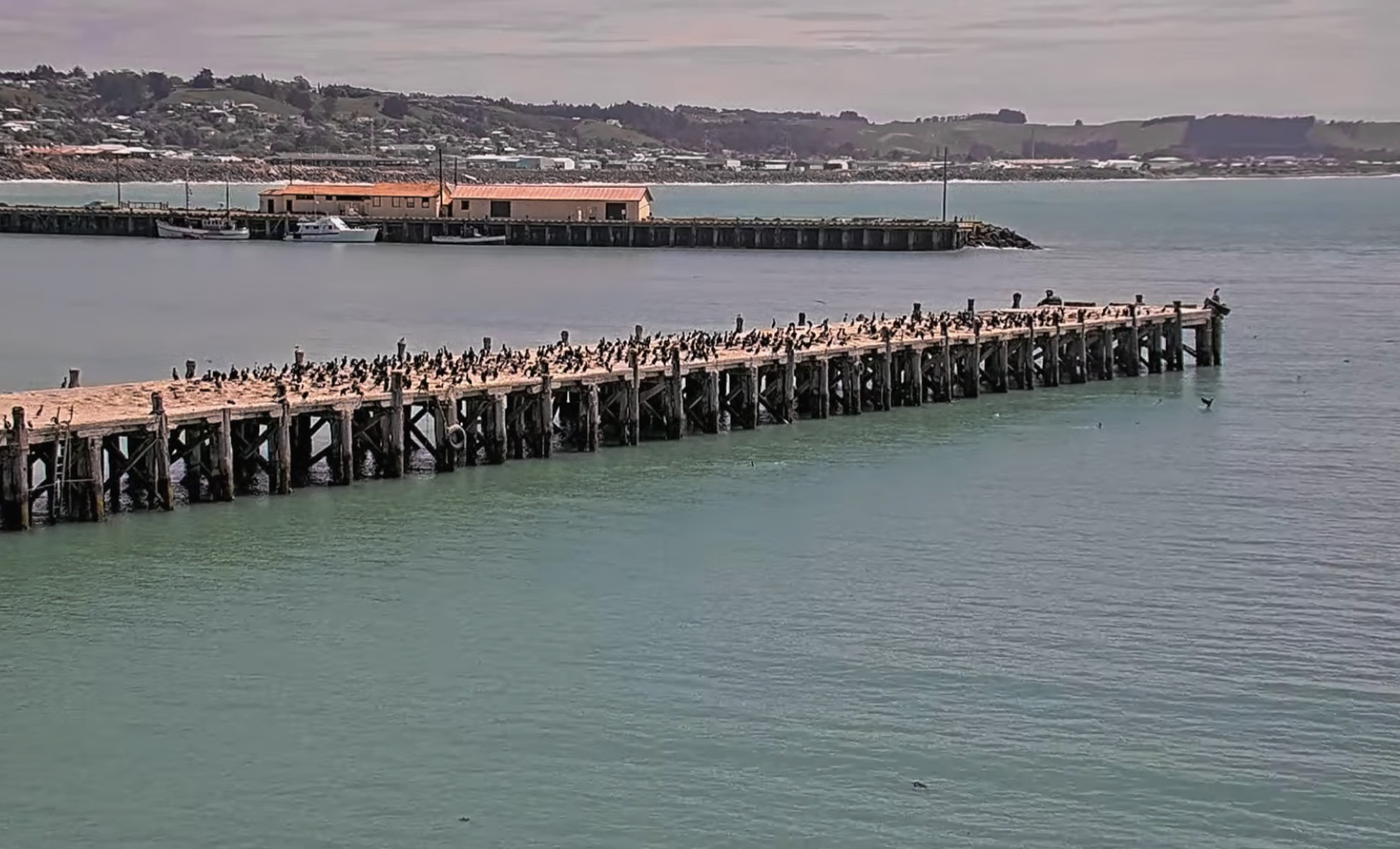 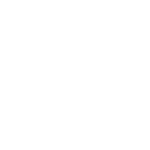 The physical remains of the historic port, such as the harbour side Freezer Building, and the purpose built Sumpter Wharf that remains intact are from the Victorian Era. The historic precinct and harbour both have New Zealand Historic Places Registration, number 7064. There is little doubt of the historical connection of the area and what it means to Ōamaru tourism. Sumpter Wharf is not only recognised on its historical value but now also for its ecological significance with one of the largest Matapo breeding colonies in the lower South Island. 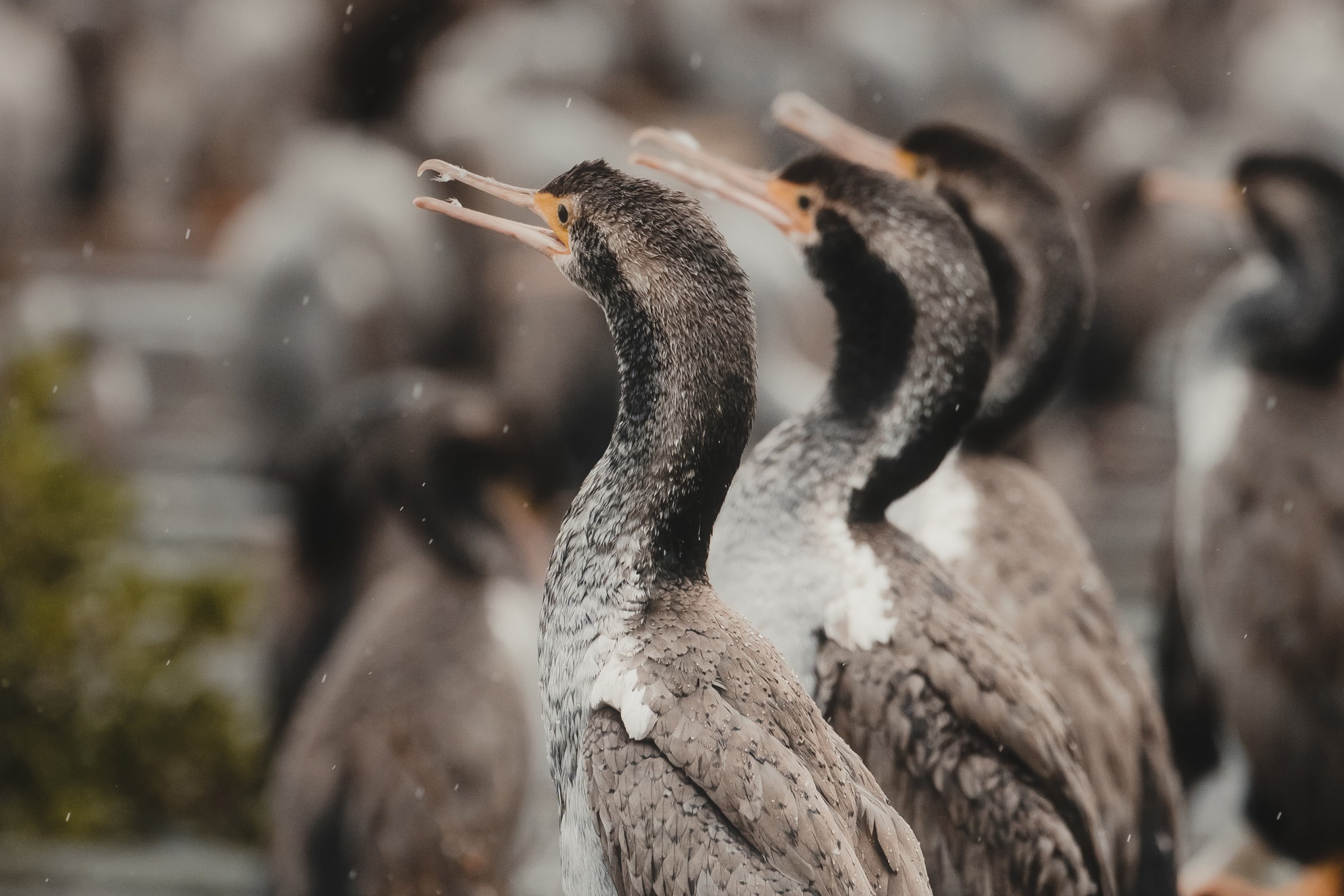 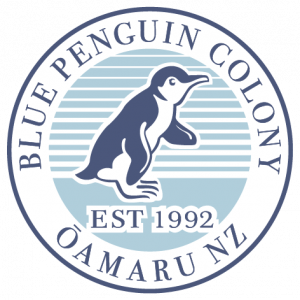 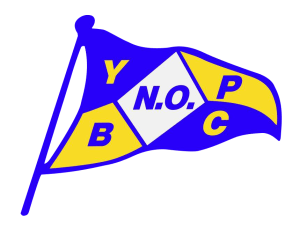